An opportunity to travel to Kenya does not come up very often. Especially with some adventurous people and the destination being a luxury Eco-lodge nestled on a remote ridge called Borana. We were 4 hours north of Nairobi and close to Mt Kenya. With lions and hyena calling during the early hours of the morning, it was easy to wake up and enjoy the view. 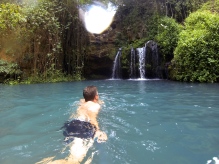 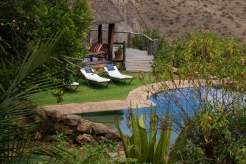 Mt Kenya looking to the South

Set high on Kenya’s Laikipia Plateau, Borana’s 32,000 acre conservancy was about to treat us very well. Owned by Michael and Nicky Dyre and managed by Flick (Hollie’s sister) & Sam Taylor. Sam has an important job of looking after many of the rangers that patrol Borana protecting the animals, specifically the Rhino. Lewa conservancy neighbors Borana and the two of them combine is a massive 100,000 acres, home to countless species. 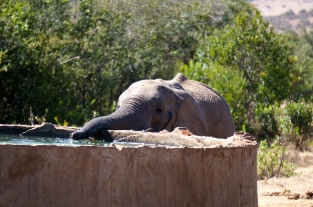 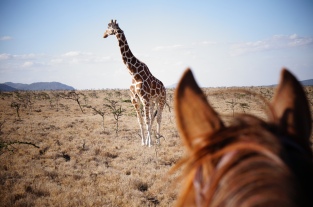 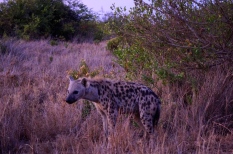 Lioness 10m from the Landrover

Most days started with enjoying the sun rise and a game drive. Many of the animals are fairly active during the early hours, especially the cats and it made for some great photo opportunities. Hollie, Jacqs and I were treated to many of the ‘Big Five’ which was a real treat.  Water Buffalo, Lion, Rhino, Leopard and the Elephant. Countless Zebra, Giraffe, Kudu and other beautiful animals were a familiar sight. Every now and then we would come across a carcass – often a Zebra being eaten by Vulchers or if we were lucky, a leopard up a tree with her cubs near by.

A sun rise yoga session (with Rianto our armed guard of course) was usually followed by either a game drive or spending the morning horse riding looking for animals. The wildlife did not seem to mind us riding near by, so long we kept our distance. My riding skills from growing up with horses came in handy, we were able to get close to most animals snapping photos while hanging onto the reins. 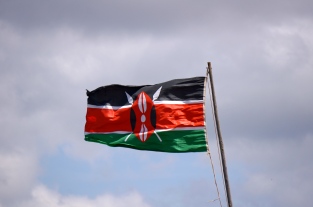 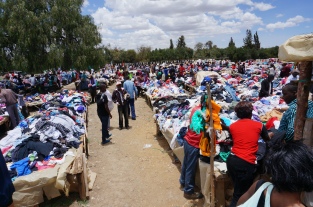 Distracted by the game.

On our next ride – Sarara camp

One of the highlights of the trip was driving north and hiking up Ololokwe sacred mountain in the Samburu national park. Jacqs, Flick, Hollie and I had the fortune of a guide, poters, donkeys and a guard who looked after our truck. After a few hours hiking (at altitude) we reached the top standing 2000m above the plains and set up camp. The summit of Ololokwe has high altitude mist forest with giant cycads and diverse birdlife including Kenya’s largest nesting colony of Ruppell’s vultures.  Super-sized eagles also swooped above us enjoying the updraft. 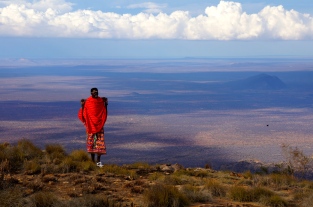 Plenty of room on the roof 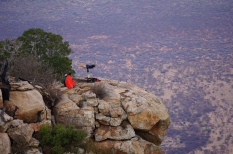 Before Jacqs started doing the worm

We sang and danced the traditional way with our entourage around the camp fire. This involved a lot of jumping and just repeating what the Masai would say. The local food is mostly beans and meru a tasteless grain mush, not a whole lot of flavor – just cooked with love!

Everywhere we seemed to go the locals were very friendly and accommodating. They were so happy to help and make sure we had everything we needed, a smile and wave was once again  internationally recognised. While wandering the deep into the streets of Nanyuki (45 min drive from Borana) I was often the only white boy on the street. Feeling pretty safe, it was great bartering with the shop owners and experiencing a glimpse into their way of life.

Suddenly, shots fired! Fortunately they were using blanks as they peered through their night vision toward us terrible ‘poachers’ and we hit the deck.

One night the girls and I were involved in an anti-poaching exercise. After being dropped off in the middle of the bush with a ranger, our task was to fire shots and make our way toward the direction of Somalia! We soon heard a helicopter start searching for us as we stumbled through the undergrowth scattering a small family of warthog. The spotlight was blinding as the heli searched the ground  and eventually spotted us while we ducked for cover. A laser pointer blasting down at us alerted the Rangers who were on foot searching for us. Suddenly, shots fired! Fortunately they were using blanks as they peered through their night vision at us terrible ‘poachers’ hit the deck.

On the way to the situational training 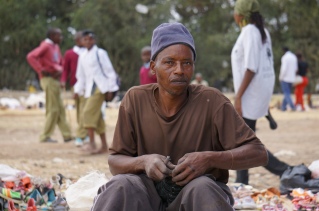 Locals repairing shoes at the market

Getting ready for the anti poaching mission

A successful training exercise for the boys that work so hard protecting the Rhino. Over 95% of Rhino in Africa have been poached since the 1950’s and the rate of which they are being killed does not seem to show any sign of slowing. The poachers prefer a full moon and typically do the deed at night. Fortunately Kenya has tougher protection and a shooting a poacher on sight is common.

It is great to see Borana and other conservnacys’ using tourism as a major way to fun the protection of wildlife. Money from the guests is channeled into local health care, education, employment and animal protection from the poachers.

Armed poachers slaughtered double the number of Kenyan rhinos in 2013 compared to the year before, according to government figures. At least 59 rhinos were killed for their horns last year, compared to 30 in 2012, while 16 rhinos have been killed already this year. 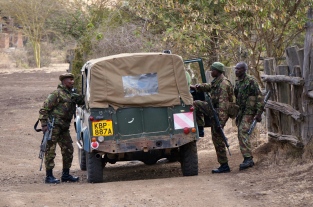 Getting ready for deployment

Visiting the Rhino was one of the best moments of the trip. Their skin felt course and firm and they were very sensitive to noise. I had the fortune of visiting a couple of Rhino who were rescued by their blind mother. Only a couple of years old these guys had plenty of character! 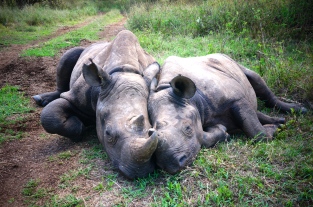 Happy days for this guy

The travel time from Chistchurch, NZ to Borana, Kenya was almost 40 hours and well worth it. Yes, it’s a long way to go to explore a new world. Opportunities like this are rare so I wanted to share with people how important it is to appreciate an area like this. The relationship between wildlife, land and people is in a delicate balance. If the current demand of black market ivory and horn continues the way it is, there will be no more precious species like Rhino.

A massive thank you to Sam, Flick, Finley and the staff at Borana Lodge. Thank you to Michael and Nicky Dyre and the support from Icebreaker. Looking forward to the next adventure to Kenya already!