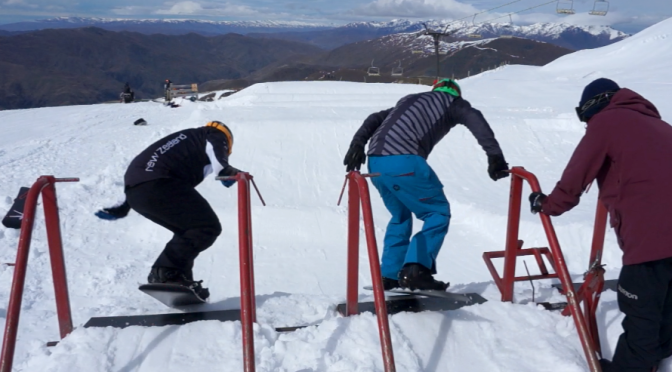 Around 100 athletes & coaches took control of Cardrona’s finest features last week and the progression was mind blowing. With the Whitestar lift spinning & sleds shuttling skiers and boarders there was every chance for great things to happen. Coach to Shawn White, Bud Keene stated Cardrona Spring camp jump progression setup. If you can’t get it done here, then maybe you can’t get it done at all…

The SBX course shaped up beautifully throughout the week challenging athletes from Australia and New Zealand to discover new limits of speed, agility and edge control. I was fortunate to be up there for a few days helping the NZ riders Carl Murphy & Duncan Campbell on their form. After working with Carl during the 2014 season on Treble Cone, it was great to see his progression using the skills from riding TC’s challenging terrain & strength training from the gym.

Variations of the AirBag were set up along the Super Pipe wall along with the bottom. The biggest bag in the southern hemi was catching athletes on boards, skis and even a sit-skis! Jody Blatchley has been ruling it on his sit-ski this season and nailed his first back-flips onto the giant pillow. Impressive!

Triples, triples, triples… Cheers of Stoke rippled across the home basin as new personal bests were made. Coaches tactfully challenged their athletes to bring new found air awareness on the jump line. Fewer speed-checks were made every day as racers pushed themselves over the rollers and berms. Old fears were controlled more and more each day as new heights were reached.

Exciting and progressive times all week as many of them raised the bar getting ready for the northern hemi winter… Breckenridge will be a destination of choice for the park riders along with La Molina Spain, where Carl will compete in his first F.I.S race for the winter.

“Courage is resistance to fear, mastery of fear… not absence of fear.” – Mark Twain

Much to look forward to during the next year and it has never been a greater time to be involved in snowboarding. 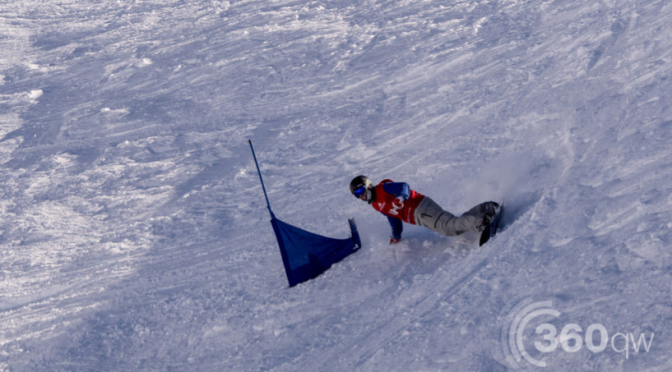 The Treble Cone Export 33 Banked Slalom was another successful event. The event pulled in 60+ riders in open and maters categories. Local and international riders enjoy attending each year shredding for a prize pool of $2000 plus spot prizes thanks to Never Summer & Candy Grind.

It was local talent that stood on the podium this year and I was honored to stand next to some good friends – a great way to celebrate my Birthday! If there was an official world circuit in this event I would sign up in a flash. Until then, I will continue training in boarder cross, coach Paralympian Carl Murphy part time and work with Rookie Academy.

Check out the hi-lights by John-Jo at Flashworks Media. Thanks to 360queenstown-wanaka and Thierry Huet Photography for the images. 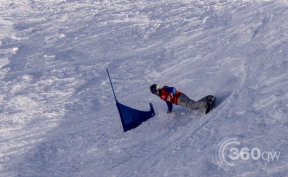 The quad lift reaches tower 6 and the SW wind really starts to kick in… Like a sand-blaster, snow is picked up and shot into me, particularly my glove-less hand which is hoping to get a photo of how epic Treble Cone’s pipes are looking.

This last week on Treble Cone has treated many skiers and riders to some cold winter conditions. The gullies are loaded with some high quality snow which has been getting sprayed all over the place by stoked locals and visitors.

The great news is that conditions are looking mighty fine for the Banked Slalom which is being held in 6 days time. An international flavor to the start list is usually expected next weekend including Olympians, World Cup racers and die-hard locals. All of which have an equal chance of winning a cash prize pool of over $2000 and assorted prizes.

35 years young? No problem, there is a Masters category just for you. Thanks to the generous and very supportive sponsor Never Summer Snowboards and Candy Grind, Treble Cone will host one of the worlds most famous snowboard gatherings.  Get your kit tuned by the pros at The Wax Room be sure to enter and I look forward to seeing you there!

Check out the hi-lights from the 2013 DB Export Banked Slalom:

After 3 weeks of being home in Wanaka, the feeling of being home is a good one. Lakes, mountains and the local bike tracks have kept me entertained and focused. A few cuts down my right leg after biking the Dean’s bank track along with my first experience paddle boarding to note a few.

I have been meeting with local Tourism operators and learning more about what I can offer them. The more I find out about this industry, the more I want to be part of it. Bring on the snow season and the challenges and successes that go with it.